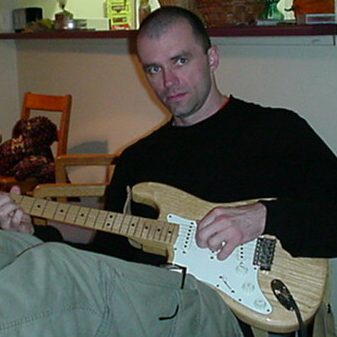 of the right opinion
orthodox, (from Greek orthodoxos, “of the right opinion”), true doctrine and its adherents as opposed to heterodox or heretical doctrines and their adherents.
The word was first used in early 4th-century Christianity by the Greek Fathers

The Yellow Vest protests in France provide a prototype of the situation. The protests were sparked by a fuel tax intended to discourage fossil fuel use as a way to combat climate change. Protesters were motivated by economic difficulties due to low salaries and high energy prices.

The politicians and public administration management/consultant class had decided helping the environment took precedent over the livelihoods of rural farmers and truckers. This is reminiscent of a tithe in medieval society, where if you don't pay 10 or 15 percent of your harvest to the church we're all going to die and go to Hell. This tithe goes to feather the nests of the out of touch moral leaders of the flock.

There is the prototype ~a management class serving an orthodoxy of priorities, and inflicting harm on the productive class to serve this orthodoxy.

This class of Managers/Consultants has adjacent careerists to add echo chamber to their orthodoxy:

In this mix are public school teachers,student activists and college administrators. These are adjacent compliments to the orthodoxy. The ones in the bullet list are seen by more eyes and ears and have viral amplifier effects wrapped into their jobs.

Here is an example of the various careerists on the list working together, A regional port upper management team sends out a State of Things email. In it is a summary of the port's success with the most prominent topics being A) stewards protecting the environment B) rectifying historic racism via equity measures in hiring and contracts. Note these are not the optimization or innovation in the movement of airlines or ships...the essence of what an international port is.

They prepend their main message with a guilt message about the poor in our city living in the hotter neighborhoods that are industrial-intensive and with less trees. The guilt message is a link to an NPR article As Rising Heat Bakes U.S. Cities, The Poor Often Feel It Most. This is not something the port has built, has caused, nor could fix in it's role as a port. It is merely pointing to the economic dynamics of our city -implying systemic sin by our managerment as they stand in as moral leaders of their flock.

Note that the moral leadership used a piece of orthodoxy churned out by primary orthodoxy creator NPR to help them with their sermon. Posting the NPR article was part of their work day, one of the things they did as part of their job. None of this has to do with making a port function. This set of actions and priorities is an endorsement of Malcom Kyeyune's thesis "Wokeness as make-work strategy of the privileged class".

That act of posting a guilt piece, then the priorities of saving nature, and redistributing wealth to particular races; are a function space outside the engineering/hard science and industrial-maintenance demands of running a port. It is all moral posturing, and within the bounds of an orthodoxy, serving a particular religion.

And even in the realm of moral where this class dwells, they are lacking. Because

Woke management non-contibuters and net productivity subtractors have captured large scale public enterprises such as this port, sending funds away from the function space of the institution. It is even sicker the scale and damage NGO's do in foreign policy and international relations, while capturing the funds of the defense and state departments.

Beginning with the 2014 Olympics in Sochi I noticed an excalation of news stories based around NGO criteria. Human rights advocacy groups were central to most news stories on Sochi and Russia. The next big NGO driven uproar was the NGO claim of genocide of Uyghurs by China.

The Russian media coverage had a transformation: going from possibly legitimate complaints of unpaid foreign workers, to eventually focusing on general societal views on homosexuality in Russia. In the next few years after Sochi I noticed a new anti-Russian posture amongst progressives that dismissed the whole of Russia on the grounds of homophobia (not to give credence to the term homophobia, an epithet rhetorical weapon)

An Example: Development and Cooperation NGO on Sochi and campaign to moral govern major sporting events

The human rights NGO abuses of China were even worse. China has a relationship with Islam that spans over a thousand years. Islamic traders were essential for China's trade with Africa then later Europe. That is the positive relationship. On the negative side has been aggressive and violent expansionist jihad by certain Islamic groups. In the case of Uyghurs and the Xinjiang province, China had several jihadist attacks and had the right to respond and nullify the source of those attacks. The US State Department during the Trump Administration wrapped itself in the protective cloak of human rights NGOs while it pursued an antagonistic posture towards two Chinese domains: 1) Response to Islamic radicalism within its territory 2) the production of cheap, high volume goods for the US market.

Notice a structure of the US trade war with China that resonates with prototype ~a management class serving an orthodoxy of priorities, and inflicting harm on the productive class to serve this orthodoxy? The majority of Americans were voting with their purchase dollars to buy Chinese manufactured goods. The NGO moral class gets their anti-China narrative exposed extensively in an echo chamber of NPR/Guardian/etc journalism and State Department press releases. The press treats NGO statements as equivalent to populism, when it is in fact a minority view, an instance of the same orthodoxy the Management/Consultant class subscribes to. The NGOs/Journalists/State Dept are operating a circular reference scam that enlarges the legitimacy of their arguments from thin unquestioned premises relying on almost retarded historical knowledge, to waves of repetitive news stories with a predictable moral stance. That moral stance then requires the productive class endure monetary pain for the good of this moral cause. The populist majority were hit with the cost of tariffs in this case.

A moral stance that requires the productive class endure monetary pain for the good of the moral cause is a consistent bread crumb trail that leads to the Activist Policy Management Class. I will add that the usual systemic means of negating these agendas such as voting or consumer choice don't have leverage in changing course. The Trump administration began an anti-China policy, the citizens voted in a new opposing party candidate, and the policy remained.

The situation is much like living in the Holy Roman Empire or the Soviet Union. We can discuss and act, but only within the straightjacket of the prevailing orthodoxy. There is no means of rational argumentation out of the box traps, because the orthodoxy wasn't crafted with rational thought or objective quantifications. You cannot argue with stupid. Stupid is power.

Maintaining an empire sized moral orthodoxy requires an echo chamber not just wide and tall, but also deep in infinite dimensions of social roles and careers. True believers project adherence to their religion into workplaces, schools and friendships. A standard rhetorical maneuver is to treat those outside the orthodoxy as if they have already joined the religion and vowed to hold up the values. Non-believers are then caught off-guard, subjected to criteria they never signed up for.

Friendships are a sphere true believers especially try to illiberalize and indoctrinate. Friendships in a melting pot society should be capable of handling multiple views, more than one religion, and a range of reasoning styles. Watch for friends who can't accept a diverse and divisive group narrative. Watch for friends who begin a communication with narrow and definitive values, niche ethical boundaries, and niche summations of history. They are trying to normalize and standardize their orthodoxy in your social circle. If they react to pushback with threats to purge the group of you or others, they are almost certainly illiberal, and if so they are toxic.

Tyranny is a dramatic term that can be abused especially if employed at a pure emotional level. Our emotionally charged brains may have an automatic image recall of Hitler, Stalin, Nazis or Bolsheviks; it is important to keep our thinking going deeper than our instant mental imagery. Tyranny starts at the micro level with one or a few powerful voices in a group. The source of tyranny is at the small ends of streams, before they become raging rivers. The internet has distributed power and dynamics, and made every utterance capable of global influence. The birth and nurturing of tyranny is thoroughly distributed and factalized.

The prevention of tyranny must be distributed and factalized also, and rely less on the dramatic and more on the pragmatic. Battle intellectualized ignorance with references to more reality than their contrived ignorance would allow.

What is the generating force behind this orthodoxy? I don't think there can be one cause or source for such a large values system. The dynamics are distributed, multi-domain and have various extremes depending on the individual or group. Still, I have an explanation, presented here: Ideology Explained Through Family Structures.